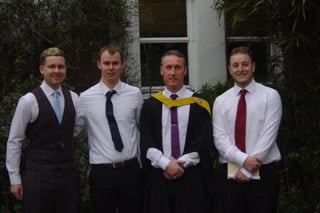 Scottish Apprenticeship Week ran from 6th March to 10th March and celebrates the benefits Modern Apprenticeships bring to businesses, individuals and the economy.

Having launched the scheme at Alba Power, we thought we would see how our willing teenagers were getting on and what they have been learning whilst working with the leading global independent turbine service company.

The apprenticeship-training programme, initiated by Terry Alderton, Neil McKenzie and Chris Field, involves four years of in-house workshop experience and training provided by ITCA in Aberdeen, where the apprentices will gain an SVQ level 3 and an N.C in Mechanical Engineering.

Alba Power currently has six apprentices working on-site, three of which are in their fourth year and the other 3 – Craig Proctor, Myles Parkinson, and Craig Reid have now graduated from ITCA.

We caught up with Craig Proctor who has now only a year left at Alba and his training at ITCA is complete. We last spoke to Craig at the end of his first year so we were keen to see his progress and what his thoughts were on his last year. 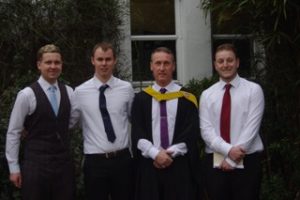 During his time at Alba Power, Craig has developed his skills extensively and has also gained a lot more confidence, especially following his visit to the test-bed-. He explained, “The testbed really expanded my knowledge and gave me a huge understanding of how Alba works.”

Jon Alderton Alba’s Production Supervisor spends 1-2-1 time with our apprentices at the test bed, helping them develop a much more hands-on experience in dealing with equipment and parts. Jon commented, “It’s great to see the apprentices take part in the testing of an engine, it gives them a much deeper insight into the process of an engine build. They are all very enthusiastic and keen to learn”.

Craig has also been to Norway twice this year, which is a great experience for him travelling to a different country and working with a different group of people. Craig was really happy to travel to Norway and hopes to work abroad in the future saying, “I am so lucky to have travelled to Norway, it was such a good experience and I can’t wait to go back.” He will be returning later this year to help with another job.

We spoke to Doug Dalziel at ITCA who also works closely with our apprentices and asked how they were both getting on. Doug commented, “It is great to see such enthusiastic young people that fit into the training environment. Craig Reid and Myles are up to date on all units of the N.C. They are progressing very well. Craig Reid was recently awarded an ITCA Excellence Award which is a great achievement.

Alba Power prides itself on the knowledge of our experts and this scheme enables us to pass on vast amounts of this knowledge in all aspects of power generation to the next generation of Alba Power field experts. We wish our apprentices the very best of luck in their continued in-house training and look forward to welcoming new recruits to the scheme in the future.

We are currently looking for more Apprentices to join our team!